If you haven't heard of Optavia , here's a brief overview. If you're considering Optavia , the first thing you need to do is cha...

What is Fat-Burn? When am I in Fat-Burn on Optavia?

EXPLANATION OF FAT-BURN from Nutrition Support: 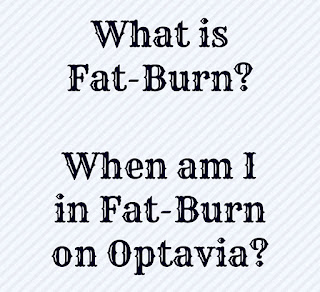 What is Fat Burn?

This program works by putting you in a “fat burning state”. This is more technically known as a very mild "dietary ketosis." Ketosis is a stage of metabolism where your body has depleted the reserves of its main form of energy – glycogen. Once those reserves are gone, your liver will begin breaking down stored fat in the body for use as energy. Breaking down the fat yields fatty acids and three types of ketone bodies (hence, the name ketosis). The ketones are then burned by the cells in your body as an alternative fuel. We try to stay away from the name “Ketosis” because of the negativity associated with it. We will call it “Fat Burning” or the “Fat Burning State”.

The fat-burning state or ketosis refers to a metabolic state where your body is burning fat instead of its preferred fuel of carbohydrates.

Carbohydrates exist in two forms when you are eating normally - "free" or accessible carbs, and stored carbs called glycogen. When your body needs fuel, it will burn the free carbs first (like when you eat a bagel or drink a glass of OJ - full of sugar/carbs). When all the free carbs are gone, your body will burn the stored carbs (glycogen). Glycogen is made and stored primarily in the cells of the liver and the muscles, and contains carbs and water stored together. Once the glycogen and stored water is gone, your body turns to burning fat.

In the first week of this program, people usually lose 3+ lbs. Most of that is a result of using up the glycogen, because every gram of stored carbs ALSO stores 3 grams of water. If the glycogen is used, the water is released. Result? Large weight loss.

This is ALSO why, if you have a high carb meal at some point, your weight goes UP UP UP. Every extra gram of carbs will be stored with an extra 3 grams of water. This is why if you eat 1 lb of chocolate, your weight goes up by 4 lbs (at least! 1 lb carbs + 3 lbs water).On a side note, when your body burns fat as fuel, ketone bodies are produced and are released in your urine, sweat, and saliva - this is the reason some people experience a sweet taste in their mouth. Additionally the brain loves ketones, so sometimes people have a euphoric "runners high" type feeling. The more fat that is burned, the higher the concentration of ketone bodies. Since this is a "mild" ketosis most people do not experience the taste in their mouth, but many do get that little energy "high".

Our program produces a MILD ketogenic, or "fat-burning" state. For diets that invoke a SERIOUS ketosis, like the Atkins diet, your carbs are limited to less than 20g per day (not what we would consider balanced). On the 5&1 program, we are eating just about 80g of carbs daily - JUST enough to keep your brain functioning well, and JUST enough to put you into mild ketosis.

You will KNOW that you are in ketosis IF you have been 100% ON PLAN for 3 days. This is because your body only stores enough glycogen to provide fuel for 3 days. Once the glycogen is GONE, after 3 days, you will be in mild ketosis.

Getting Into the Fat Burning State

Arguably, the worst part of being on the program is getting into FB. Our bodies have done what they’ve always done for millions of years – they’ve adapted to life as they know it. Our lives have led to us being overweight by indulging in bad foods in bad quantities. Our bodies are now used to that type of existence. Introducing a new nutritional paradigm (ketosis) to our bodies will necessitate it’s adapting to the new condition. This adaptation is stressful for the body and we will feel the effects.

First, your body will notice a dramatic drop in caloric intake at first. We’ve gotten our bodies used to abundant calories and carbohydrates for long periods of time or to an up and down pattern of calories/carbs which our bodies see as “feast or famine”. Either way, when we take the calories/carbs away, our bodies will react:

The good news is that this transition generally lasts only 2-4 days. Once you’re in Fat Burn, you’ll feel a difference in your energy level. It will go up significantly as your body begins to enjoy having an alternative fuel source – fat stores!

Being in Fat Burn
As the ketones pervade your bloodstream to supply the cells with energy, your state of Fat Burn begins to manifest some side effects. Some of those side effects are disquieting, but they’re not bad for you.
Ketones will show up in your urine, which are sometimes able to be detected with Ketostix, but the state of ketosis that OPTAVIA evokes is so mild that often such tests won’t show a positive result on the Ketostix.
One of the three types of ketones is permeable to the lungs and can pass from the blood through the lung walls and becomes incorporated into your exhalations, the same way that carbon dioxide passes out of the body. This can cause “ketosis breath” and a slight metallic taste in the mouth. This is unpleasant, but can be easily overcome with frequent brushing of teeth (a few times a day) and sugarless gum/mints.
Menses can also be affected while in ketosis. Your cycle may be disrupted or cease all together. While this is an odd occurrence for a woman, it is not completely unexpected while in this state.
Happily, once you're in Fat Burn, your hunger dissipates, and you get the best of both worlds: faster weight loss AND reduced hunger. You may occasionally feel hunger while in Fat Burn, but it should be more mild than normal. Since you’re eating every few hours, you shouldn’t feel that gnawing sensation associated with hunger prior to being in ketosis. As your body adapts to the new circumstances, it may even develop an internal clock that will make you mildly hungry right around meal time. For some, there is no hunger at all and people need to remember or even be reminded that they need to eat!
Another side effect for some is an increased sensitivity to cold. Hands and feet can be particularly effected. I am normally very hot blooded, yet my hands and feet became ice cold when in Fat Burn. Hot drinks (tea, coffee, Optavia cocoa/mocha/cappuccino), sweaters, heat packs, etc can all help with this.
Breaking Fat Burn
Staying in Fat Burn revolves around keeping your body from getting excess carbohydrates. If your body comes to the conclusion that there are enough carbohydrates available to use as its main fuel source, it will end the Fat Burn state and resume using carbohydrates. This crash out of Fat Burn has some side effects as well:
Resuming Fat Burning
If you fall out of Fat Burn for some reason, the best thing to do is to start working to get right back in it. Follow the program as if you didn’t do anything to fall out.
If you “cheated” and had a candy bar or a hoagie or cookie or a slice of bread or whatever, resume the program as if you hadn’t had it at all. Keep on your meal schedule and get in your 5 Optavia meals and a Lean and Green. Don’t abandon the day, weekend or week by just giving up on it because you’ve “screwed it up”. Just get right back into the program immediately!
Doing this helps to significantly reduce the amount of time it takes to get back into Fat Burn. The longer you stay out of Fat Burn, the longer it takes to get back into it. So, hop right back on the wagon!
Here’s a video to explain a bit about FAT BURN with Doug Wood:
https://vimeo.com/297296626/8ac13df8aa?fbclid=IwAR1GLgv7VoX0eQpNu2DtNhTPX_aZzHruzungNNE02qvqloiaG3pL75_Buc0
Here's the Habits of Health podcast with info on Fat Burn: https://www.podomatic.com/podcasts/habits-of-health-tsfl/episodes/2019-01-17T20_20_39-08_00

Bottom line? To be in a state of Fat Burn, you need to be 100% on plan. If you aren't, you will still lose weight (because you'll be eating fewer carbs every day than normal) - but it will be more slowly, and hunger and cravings are likely. The more CARBS you eat over 100g, the less BODY FAT your body will metabolize as fuel. And since fat carries 3500 calories per pound of energy, it is high octane fuel!

If you eat lots of extra fat- 1 cup of nuts, 1 lb of cheese, an entire avocado- you WILL stay in ketosis, but your body will metabolize the "free" fat because it is more easily accessed than your stored body fat. This could lead to slower weight loss, or a plateau. *This is still a better option than indulging in too many sugary treats! 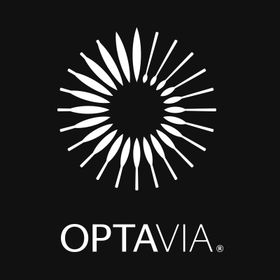